Note: each week I send a summary of last week's sermon, a preview of this week's, and discussion questions to our church email list.  I am going to try to also post these on my blog weekly in the hopes they may be useful to others.  Be at Peace, Pr Sarah


Last week, I preached about Samuel, Eli and the courage it takes to follow your calling.  We all are called by God to be part of the on-going project of spreading the good news of Jesus. This takes different forms: volunteering as a Sunday School teacher, being a parent, working a job you find meaningful or being the best neighbor you know how.  All people can serve God wherever they are. To paraphrase Martin Luther, if you're a plumber, be a plumber for God.

The difficulty is that sometimes when start to see our lives as part of God's calling, it leads us into unknown and scary territory.  We can feel quite alone.  Think of how a lone dancer at an outdoor concert becomes the leader of an all-out dance party.  One person starts, but then a few people have to follow and pull others in.  When we step out in courage, we are tempted to think of ourselves as the lone dancers, but really, we're always followers.  The followers are essential - otherwise there's no party! - but the followers aren't the ones who start it. Jesus precedes us as the first dancer, giving us the courage to get on up and follow to where we hear, deep down, God is calling.

Listen to the sermon here.

This week the texts are also about calling.  I'll preach about Jonah, that prophet who tried to flee from God's call only to find himself in the belly of a big fish.  You probably know that God rescued Jonah from that fish but you might not know the second half of the story.  "God's word came to Jonah a second time." He went where God had originally instructed and told the people they needed to change, to repent. 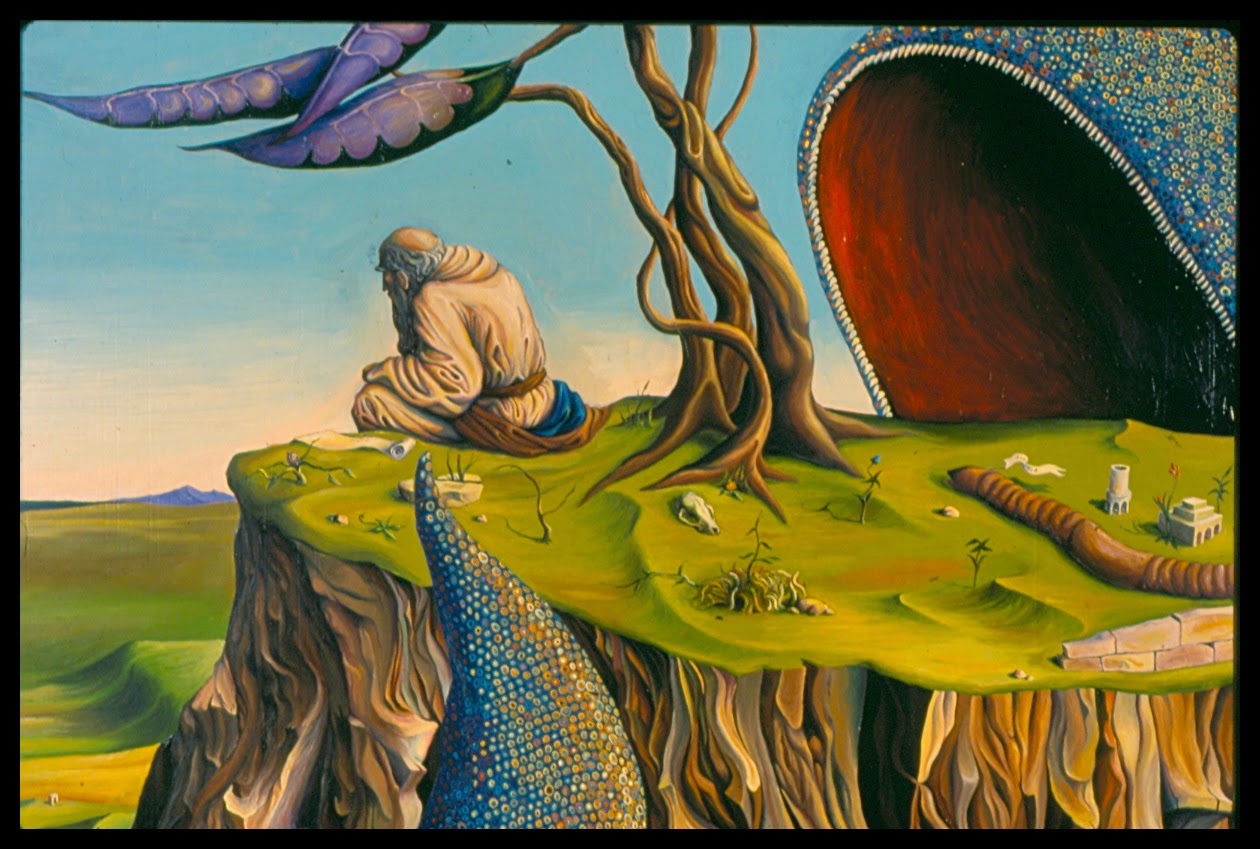 This is a story about second chances.  God gives Jonah a second chance but it's not as if Jonah can now just do whatever he wants.  The second chance is another chance to follow God's will.  That means Jonah has to accept that other people - people who were his enemies - can change just like he has and receive God's mercy.  It's too much for Jonah.  The people repent but instead of rejoicing Jonah becomes angry.  His anger seems ridiculous, until I consider how often I hold onto grudges and refuse to let others change.  Jonah's example challenges us to consider why we get angry when someone else gets a second chance and invites us to ask what we do with the second chances God offers.
Questions:
- January 22, 2015 No comments:

My little living room is awash in nativity scenes. Just a five years ago my parents gave me my first one.   Now, I have seven.  I got two new ones last year alone: in Haiti and in Bethlehem.   Each year, it's a joy to rediscover them and prepare for Christmas.

This weekend, they will finally come down. I will pack the Marys and shepherds and donkeys back in their boxes to wait in the basement another 11 months until they take their places center stage again.

This year, I’m toying with leaving out one Jesus when I put the rest away. When I see him, it would serve as a reminder during the gloomy months of January and February that God’s promises came true.  God is with us.  It would remind me to live a Christmas life all year around.

The theologian Howard Thurman wrote this beautiful poem called The Work of Christmas:

When the song of the angels is stilled,
when the star in the sky is gone,
when the kings and princes are home,
when the shepherds are back with their flocks,
the work of Christmas begins:
to find the lost,
to heal the broken,
to feed the hungry,
to release the prisoner,
to rebuild the nations,
to bring peace among the people,
to make music in the heart.

Whenever we do something to remind others (or ourselves) that God’s love is real and life-changing - even if it’s in July - it's as if we sing a Christmas carol. “Joy to the world, the lord is come!”

Blessings on your year-round Christmas.
Be at Peace,