Backpacks full of stones are heavy. Words for the week, Feb 22 - March 1.

We’re in a focus on forgiveness during Lent at Peace. We're also mostly off the lectionary.

Last week, I preached about the woman who had been caught in the act of adultery and was about to be stoned to death in John 8.  Jesus told the crowds ‘let the one who is without sin cast the first stone.”  One by one, people put their stones down and she was free to go.  Jesus showed compassion for her.  It’s only through God-given compassion that we can forgive one another. 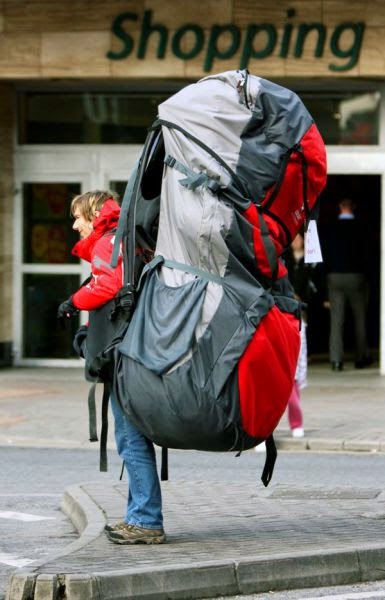 I told a personal story of forgiveness between my father and me.  For years, I experienced the lack of forgiveness between us like a heavy backpack of stones.  I could always reach in and find an old hurt to hurl at him.  I was always worried that something I’d done would be flung at me.  The burden of carrying all those hurts weighed me down.  When I decided to ask for and offer forgiveness, it was a huge relief.  As we both set our backpack of stones down, we allowed for the past to remain the past and for the future to be something new.
Listen to the sermon here:
This week, I will preach about the decision we all have, in the face of hurt, to choose to harm or choose to heal.  Drawing on two Biblical stories of brothers, Jacob and Esau (Genesis 32) and The Prodigal Son and Older Brother (Luke 15), we’ll see how God’s future comes through healing, not through revenge.  Healing isn’t easy and it can take time, sometimes years.  Throughout the process, God is with us, empowering us, every step of the way.
Questions:
Be at peace,
Pastor Sarah
- February 26, 2015 No comments: Links to this post

For Friday date night, my husband and I went to Buy Buy Baby.  We were no farther than the first aisle when I needed to sit in a glider for 20 minutes and take a break. All we'd looked at were cribs but I could see the shelves of stuff threatening ahead.  I was overwhelmed. 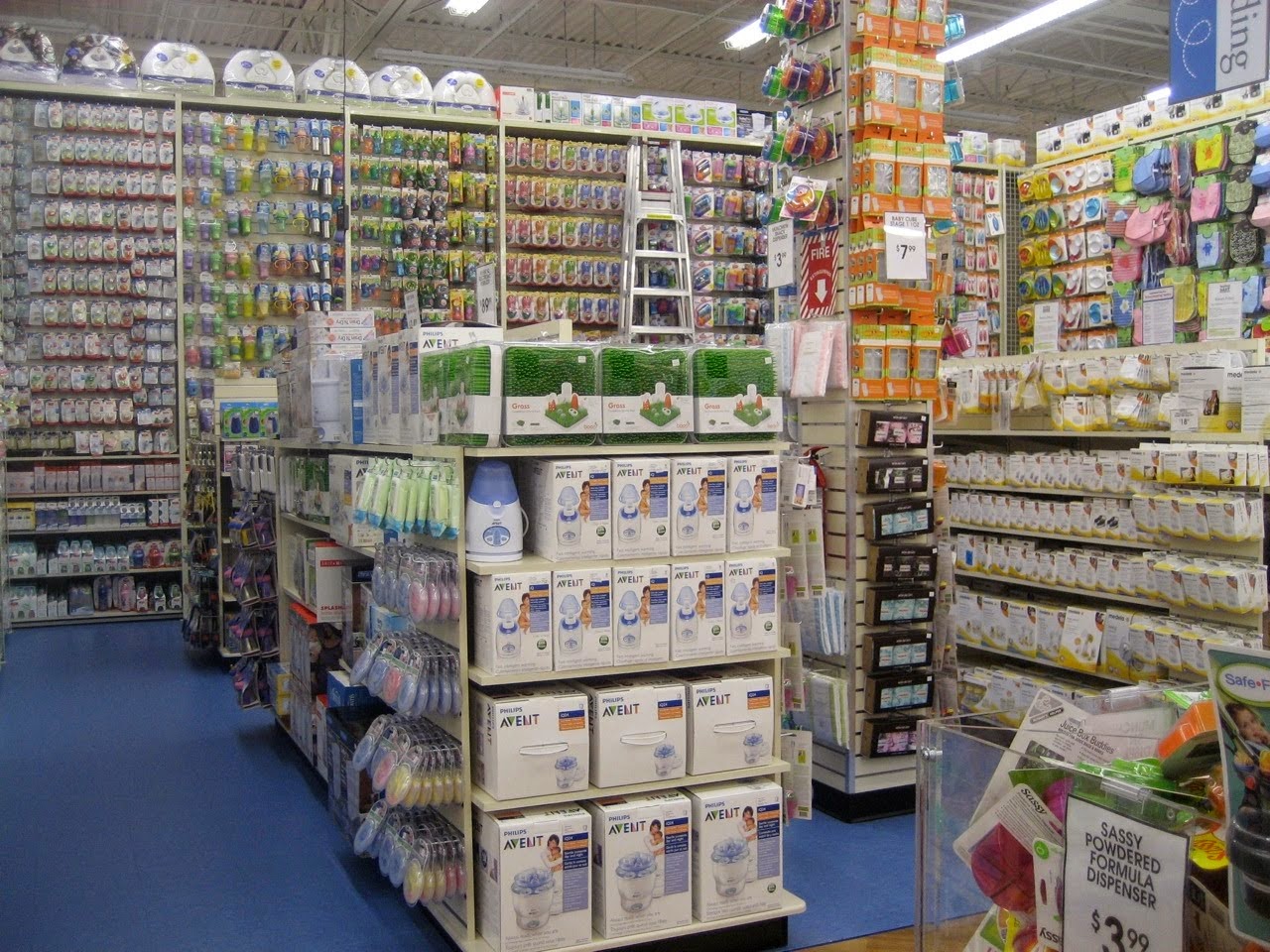 How many kinds of bottles or blankets or strollers need to be made available to expectant parents?  How much of my waning energy will be sucked up by researching the difference between car seats or brands of diapers?  And how much is this all going to cost???  We made it through every aisle but we had to stop at the grocery store on the way home. This called for ice cream.

We were demoralized.  It wasn't that the experience made us think we'd be terrible parents exactly.  It's that it's all new landscape and we want to do our best. Having the right stuff seems like it should make the navigation into parenthood easier but the sheer variety of choices just makes it harder.

After emailing some close friends and family for advice, I quickly learned this is a rite of passage for middle class parents-to-be.  Go to the big box baby store; get totally overwhelmed; feel daunted by the consumerism of this supposedly natural and holy event; eat ice cream.

It reminds me of when I went into the Peace Corps.  I received a standard packing list for my host country and I began fretting.  I bought tee-shirts and returned them for button-downs.  I couldn't find the perfect dresses so I sewed some myself.  I lost sleep - yes, lost actual sleep - over the question of how much shampoo to pack.  I weighed and reweighed my suitcases a hundred times as I tried to get the perfect 81 lbs of stuff, my sole provisions for 2 years.

It was not until after I settled into my life in Malawi that I realized how much my stress about stuff was really misplaced anxiety about the transition itself.  After all, people in Malawi live their whole lives with what they can get there.  Duh.  This couldn't have been about the stuff.  It was about my need for control and predictability in a time when everything seemed strange.

As I fret about baby stuff, I know that it is mostly about trying to control and predict what is uncontrollable and unpredictable: what will happen with our child's life.  All the stuff in the world won't be able to answer that.  It's a faith challenge to trust God, my husband, and myself with the gift we're about to receive. The words of Psalm 23 ring in my ear: "The Lord is my shepherd, I have all I need."

We'll do the best we can to prepare, of course.  The lists from our friends have helped tremendously.  Victory! We've actually chosen a stroller and car seat.  People have been generous with hand-me-downs and our stockpile is growing. Plus, we can actually purchase things after the child is born, right?


A little perspective helps too: most parents throughout time and history haven't had the luxury of such choices.  Our choices mean we're rich.  We have the basics covered: food, shelter, heat, health care.  I can't imagine the anxiety of wondering how we'd provide for this child's most essential needs.  And plenty of people who long for children and have experienced the pain of miscarriage, infertility or drawn out adoption processes would kill for our problem. We're hardly facing a crisis.

Still, I'll probably feel overwhelmed by stuff again.  When I do, I'll cling to the advice my mother wrote in the face of my buy buy baby panic.

"I don't even know what a bumpo or a boppy are.  What a child needs most is parents who love it and yours already has that."

It most certainly does.

Be at peace,
Sarah

From Pastor Sarah
Last week, my sermon focused on 1 Corinthians and the debate over eating sacrificed meat.  Paul pointed out that this raging debate wasn't really about their diets, it was about their witness.  Our actions should always be influenced by the question: Does this action show God's love?
It's tempting to turn our faith into a morality lesson.  Certainly our faith in Jesus affects our sense of right and wrong but Jesus did not die just so we could get a new set of rules that we would then - because we're human - fail to follow.  No, Jesus showed us something beyond ethics, beyond morals.  Jesus showed us love and love isn't summarized in a list of right or wrong actions.
Listen to the sermon here.
This week, my sermon will focus on Mark 1:29-39, where Jesus heals illness and casts out demons. As I've prayed and discussed and studied this text, it's become abundantly clear that deeply faithful people have a variety of viewpoints on what is meant by these demons.  We don't know exactly what plagued the people Jesus encountered.  Were they displaying symptoms of what we'd now consider mental illnesses?  Were they epileptic?  Were they possessed by an evil spirit that goes beyond modern scientific explanation?  Does that spirit still enter people's bodies now?  Does it operate on a more communal level?  What is evil anyway?
I admit that I'm puzzled by what exactly Jesus was doing back then or what the corollary would be for our time.  But I can say this for sure: Jesus was concerned with healing bodies and spirits, individuals and communities.  The healing ministry of Jesus is one that can speak directly into our lives, for as we all know, everybody is in need of healing of some kind.
Be at Peace,
Pastor Sarah
- February 07, 2015 No comments: Links to this post

From Pastor Sarah
Last week, in a sermon about Jonah, I pointed out that Jonah's pouty response to the Ninevite's conversion reveals something true about all of us:  We find it easier to be righteous when we have a clear enemy.  Or put another way: it's easier to be the good guy when everyone knows who the bad guy is.
When a person you'd written off as unworthy changes, you may have a hard time allowing them to be different than they were before.  Their change means you have to change too.  Since God's mercy extends to the Ninevites, Jonah would have to accept those Niniveites were no worse than he was in the eyes of God.  Now Jonah would have to face them as equals which would mean confronting - yet again - his own shadow side.  He probably just wants to get rid of the fishy smell that lingers on his body and these Ninevites remind him, he's as in need of God's mercy as they are.
Listen to the whole sermon here:
This week, I will preach on 1 Corinthians 8. Paul wrote to a new church as they tried to figure out the rules that would govern their life together.  In their case, at issue is if they should eat meat that had been killed in a sacrifice to idols.  Since we no longer have that struggle, it's a safe, non-emotional case study for us to learn something about how to resolve conflicts within a church.
Churches can so often get polarized into our various camps that we forget that the central reason we are together is because God loves us. Church isn't made up of people who know the most or even who do the best.  We're made up of people equally in need of God's love.  Yes, we need order and rules, but it's love that undergirds them all.  As Paul writes, "knowledge puffs up, but love builds up."
Questions:
- February 02, 2015 No comments: Links to this post